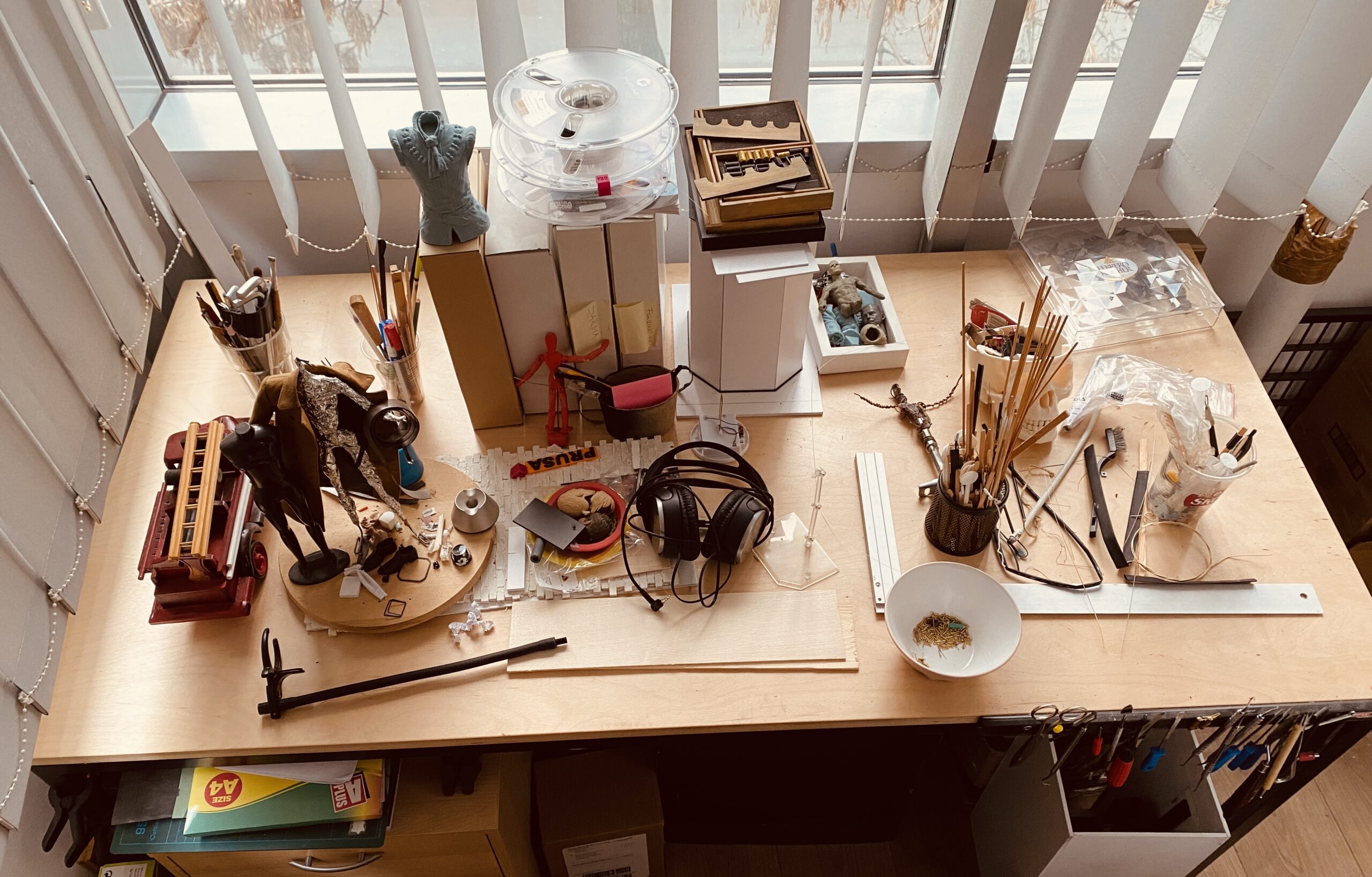 This day is dedicated to the amazing works of art that we see everyday around the world. To celebrate this year’s World Art Day, we’ve asked our Team to share their personal projects with us.

Finally I’ve managed to bring this one to light. I’ve named her Nebiri. As it sounded just right to my ear when my eye was watching her render. It was a long process that started as a trial and error on my way to learn rendering in Arnold. And I can say it has been quite a journey, with a ton of teachings along the way. But here it is, done and close to what I have hoped for it. There are still quite a few things I could have done better, but it’s time to call it done and move to the next one that’s waiting in line to be finished. As quite many have gathered.
The sculpt was inspired by a picture by Mario Gerth that I found randomly online. It caught my eye and I couldn’t hold myself from trying to make a portrait study from it. So I started and then I couldn’t stop imagining it in a very colorful picture. Those red flowers actually haunted my dreams quite a few times, well before I was close to the texturing stage of this.
I hope you’ll enjoy it, as much as I did working on it.

You can see more of Daniel’s work on ArtStation.

Game Ready Doom Shotgun based on a cool concept by Shaun Mooney. Special thanks to Shaun for this awesome concept, and for allowing me to use it!

You can see more of Octavian’s work on ArtStation.

Made this artwork around 3-4 years ago, with a German nib from 1944. The funny thing is I’ve signed my name on it, but no one has been able to find it yet. 😉

This digital artwork was made during a worldbuilding course, where the assignment was to combine 3D and 2D techniques to create an image. The above is a part from a giant bridge on which various merchants made their homes and sold their wares. A sort of shanty-town evolved at the base of the bridge, which lived on the scraps from above.

It’s a true pleasure to show this project. Big thanks to everyone from the team for allowing me to chase this level of detail and especially for the feedback and encouragement.
I was responsible for all the production stages under the close guidance of 3D Artist Dragos Casian.

You can see more of David’s work on ArtStation.

I like experimenting in my free time. For the first one, I played around with surface noise on a woman basemesh and that was the result. In the second, I used the clothpull brush on a human basemesh.