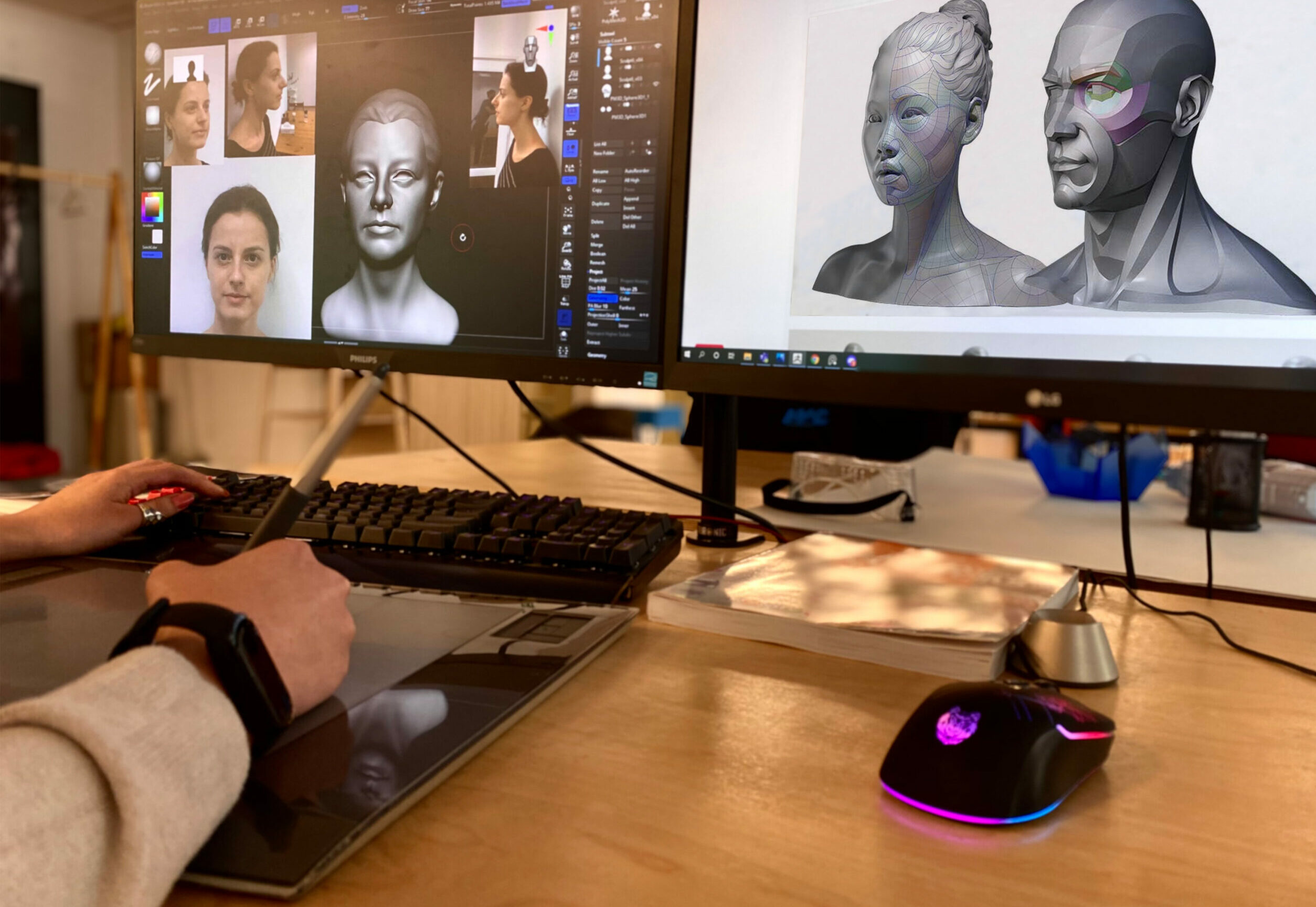 Another chapter, another story. Do you remember the importance of the Moodboard from the previous chapter? This second one, Shapes and Volumes, involves bringing those references to 3D. But what happens when those references are anchored in reality, but the asset is sci-fi or fantasy, or simply something that doesn’t exist? You need to create different shapes, different proportions than the ones you know from real life, while still ensuring credibility. Straying from reality means we need to be very careful when modelling an asset, its details and silhouette. Otherwise we risk having a very good asset, but an uncanny one, or one that makes no sense.

And this was something we needed to learn for a sci-fi project that we worked on a long time ago: Entropia Universe. This was very special to us because we got to experience the full production pipeline of a game. We did concept work, level design, assets, in-engine integration. Many of the assets were given affectionate names by the team, and the one we want to tell you about today was nicknamed “The Dreaded Espresso Machine.”

The artist assigned to the espresso machine, now Senior Environment Artist Rares Tujan, was a year into his career and had previously worked on racing games, recreating realistic objects. Naturally, they were easier to get inspiration for compared to a sci-fi game. For assets or asset parts that do not exist, it’s not a case of just googling the object to see different angles. And sometimes the production has to move quickly, so the concept team doesn’t always have time to create detailed project sketches for every asset.

So he had to be fast, with limited information and experience. He found it difficult to come up with something interesting or worth presenting. “I’ve made so many cool cars, why am I struggling with such a small thing?” he would often wonder.

He later realized he had two inner obstacles to overcome back then, obstacles that many new 3D artists face. The first was that he was focusing on what he knew, shiny metal, really clean normal maps, optimal geometry. He was only taking into account what he called “his initial limited visual library.” He didn’t have the knowledge base that he does now.

The second shortcoming was that he didn’t have the patience to really understand and give meaning to what he was making. He didn’t stop to properly think how that object will be used, what it was made of or how it functioned. That sometimes resulted in creating initial assets that didn’t have a story, that were not interesting to the viewer.

Eventually, he did finish the espresso machine, but it was, in his words, “a mediocre result.” He brought it to the Art Director who wasn’t satisfied at all with the result. The asset did not make a lot of sense. If it’s an espresso machine, then where do you put the coffee? Where’s the water tank? Why are inner parts made of plastic? Plastic melts! And that’s when Rares had one of his first artistic epiphanies. He realized the Art Director was teaching him not how to make the asset, but how to conceptualize it. How to think about the machine, how to draw on real-world knowledge he already had and how to implement it in a fictional setting, if needed.

That’s why the second chapter of our StandArt, Shapes and Volumes, is so important. We need to respect certain steps for asset production, but we also need to educate our minds to conceptualize things and come up with creative ideas.

Now that you’re ready to take the next step in the game production pipeline, you can download our Shapes & Volumes guide below.

Sign up with your email if you want to receive more news and useful tips from our team! Don’t worry, you can unsubscribe at any time.